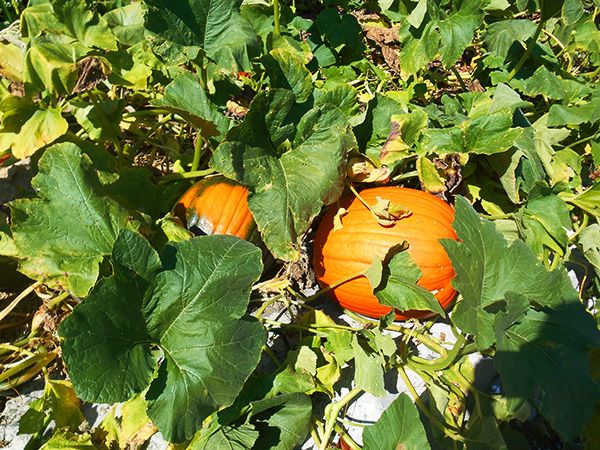 Time to Plant Pumpkins for your Punkins

Did you know that now is the time to plant pumpkins for a fall harvest? That’s right, all those childhood pumpkin patches for fall festivals and Halloween were carefully planned out by farmers typically during early summer in Central Texas. June is the prime pumpkin planting time in order to have a harvest in October. Varieties such as Dill’s Atlantic Giant, Big Max, Jack Be Little, Lumina, and Mammoth gold are great for this region.

The amount of space required to grow pumpkins is very important. Pumpkins grow on vines that can easily take over your garden patch before you know it. Generally, you’ll need 10 ft. by 20 ft. for a hill with several pumpkin plants, but you can also plant these to grow around the base of other crops, such as corn, or plant around the perimeter of your garden to save space. Plant your pumpkins in hills or groups of about five to six seeds, one to one and a half inches deep, spacing the hills about four to six feet apart. Add a thin layer of compost on top. Once the seeds germinate in about a week, wait ten days to carefully thin the plants with scissors (don’t pull them out so as not to damage the roots of the remaining plants!), leaving only the strongest, tallest seedlings in each hill.

Although pumpkins are fairly hardy and drought tolerant, water them deeply a few times a week. There are a few insects and diseases that can affect pumpkins, such as squash bugs, aphids, cucumber beetles, powdery mildew, and downy mildew, but these can be managed using organic techniques – remove the bug casings by hand or try spraying the pumpkins with citrus oils or compost teas.

Harvest the pumpkins at any stage, depending on what you’d like to use them for. When harvested early, pumpkins can be prepared and eaten like a soft summer squash, but if you’re hoping to carve them in October or use them for Thanksgiving decorations, you’ll want to wait until yours are bigger and sturdier. When mature, the skin will be too tough to pierce with a fingernail. Harvest by cutting off the stem with a knife, leaving several inches of stem on the pumpkin. Pumpkins can be stored for a long time for all your fun fall activities.

May your patient summer efforts pay off for a bountiful pumpkin harvest!