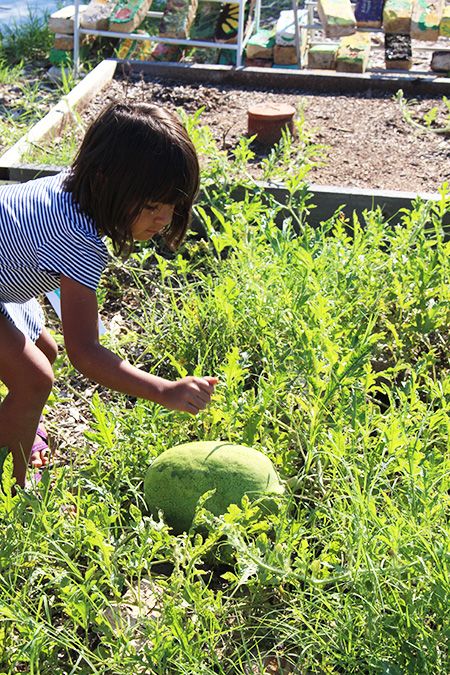 Start thinking about watermelon as weather heats up

With the warm weather finally here to stay, our minds wander toward summer’s tasty treats of buttery corn on the cob, smoky brisket and mouth-watering, juicy watermelon. Watermelons were grown in ancient Egyptian and Indian civilizations as far back in history as 2500 B.C. as seen in hieroglyphics. A native of Africa, watermelons were valuable, portable sources of water for desert dwellers, especially when water supplies were low or contaminated. At more than 90 percent water, watermelons live up to their name and quench our thirst even in the intense summers of Central Texas, and they pack quite the punch as they are filled with nutrients galore.

In addition to wetting our whistle, watermelons are full of compounds that can alleviate ailments from asthma to diabetes, colon cancer to arthritis. They do not contain any fat or cholesterol but are high in fiber, vitamins A and C, and potassium. Some of the pinker varieties of watermelon actually have more lycopene than the average tomato, which works as an antioxidant in the body. Pretty impressive for being almost completely made up of water.

The beginning of April through the first couple days in June is the best time of the year to get your watermelon seeds in the ground for a summertime harvest. Make sure that the soil temperature is nice and warm, around 70 degrees, for ideal germination. Watermelons are heavy feeders, so amend your soil heavily with compost before planting seeds. Watermelons roam once planted, so plant seeds at least 2 feet apart with rows at least 5 feet wide. You can plant watermelon seeds in mounds for more effective drainage and consistent warm soil temperature. Recommended varieties for Travis County include Black Diamond (90 days from seed to harvest), Crimson Sweet (85 days), Jubilee (95 days) and Sugar Baby (75 days).

Growing watermelons need about 1-2 inches of water per week, but don’t use overhead watering. Instead, water the soil at the base of the vine in the morning or late evening. Reduce watering once the fruits begin to appear — dry weather actually creates a sweeter melon. Watermelon plants bear both male and female flowers, so don’t be alarmed when the male flowers begin to fall away since female flowers will bear fruit within a week. Have plenty of pollinator habitats in your garden because without bees, watermelon plants won’t be able to produce any fruit.

Once the fruits begin to ripen, you can prevent rotting by placing melons on cardboard or mulch. Watermelons don’t sweeten after they are picked, so you must time your harvest well. In order to tell if your watermelon is perfectly ripe, you can thump it with a knuckle, listening for a hollow sound. There should be minimal color contrast between the stripes, and a ripe watermelon will have a yellow-colored underside instead of white. You also can check the tendril — what was once the flower — at the end of the melon; if it’s half-dead, the watermelon is nearly ripe or ripe; and if it’s fully dead, it’s time to pick. Once determined to be ripe, stems should be cut with a sharp knife close to the fruit.

Even though most Americans can’t wait to get their hands on the delicious fleshy part of the watermelon, the entire fruit is edible – seeds, rinds and all. Watermelon seeds are eaten as a part of New Year’s celebrations in China, and here in the Southern United States pickling the rind is a culinary tradition.

Given that watermelon is such a refreshing fruit, try this smoothie for a cool summer treat.

½ cup strawberries, cut in half

Juice of half a lime

Put all ingredients in a blender. Blend well. Serve in chilled glasses.