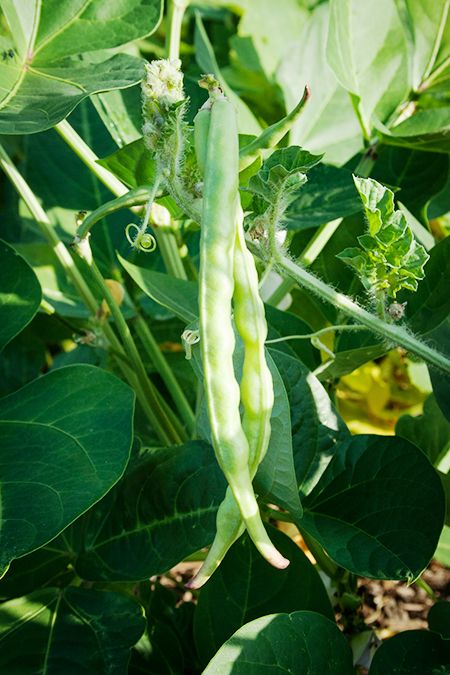 Nine Reasons to Build Your Soil with Cover Crops

Organic gardeners know that healthy, living soil is the foundation of a successful garden. We also know that adding compost--a soil-like material rich in organic matter and teeming with microbial life--is an excellent way to promote soil health. But compost isn’t the only way to build healthy soil! A lesser-known approach with a whole host of benefits of its own is cover cropping.

The term “cover crop” (also “green manure”) refers to specific types of plants that are grown in order to prepare soil for cultivation. Cover crops are planted and allowed to grow for a period, and then, a few weeks before it’s time to plant food crops, they are chopped down and either left to decompose where they fall, or, lightly tilled into the soil. This process brings about a plethora of benefits:

1. Add organic matter deep into soil: While cover crops are growing, their roots extend and branch deep below the soil surface. After they are chopped down or tilled into soil, all parts of the plant, both aboveground and below, become valuable organic matter. Soil organisms chow down on this material, recycling the treasure trove of nutrients into a form that is available for plants to use again.

2. Break up compacted soil: Some cover crop varieties, such as daikon radish, buckwheat, and rye grass, are planted specifically for their ability to send deep roots into compacted soil. Even before the plant dies, portions of the roots die and are sloughed off, providing food for microbes and leaving tunnels that allow oxygen and water to enter the soil.

3. Make nitrogen available to plants: Some types of cover crops, primarily members of the legume family (e.g. beans and peas), are nitrogen fixers. Through an incredible symbiotic relationship, nitrogen-fixing plants provide sugars to support certain types of bacteria that live in nodules on their roots. These bacteria are able to “fix” nitrogen from the air into a form that is available to plants (plants can’t access the abundant nitrogen in the atmosphere). In this way, nitrogen fixers ensure a steady supply of nitrogen for themselves via the bacteria in their root nodules. But the benefit doesn’t stop there. When the roots of a nitrogen fixer die, so do the bacteria, and the fixed nitrogen in their bodies becomes available in the soil for other plants to use. Because plants periodically slough off roots throughout their lives, nitrogen fixers share nitrogen with nearby plants even while they are still living. Nitrogen fixing cover crops include black-eyed peas, cowpeas, clover, and vetch (see list below for more).

4. Feed the soil ecosystem: The organic matter and nutrients provided by cover crops while they are both growing and decomposing fuels a complex ecosystem of micro and macroorganisms; think bacteria, fungi, amoebas, earthworms, beetles, spiders...the list goes on. Because each species of plant supports its own community of organisms, it’s best to plant a blend of cover crops. This fosters the most diverse - and thus healthiest - soil ecosystem.

5. Mine nutrients from deep in the soil: One particularly fascinating benefit of cover crops is that some species have a knack for accessing nutrients deep beneath the soil surface, bringing them to a level where vegetable crops can access them later. Some species, known as dynamic nutrient accumulators, seek out particular nutrients and store them in their bodies, such that these nutrients become available even in relatively poor soils after these plants decompose.

6. Outcompete weeds: When preparing soil for planting, or while taking time off from gardening (for example, during summer breaks at school gardens), the last thing a Central Texas gardener wants is for a carpet of Bermuda grass to take over. By simply taking up the space in a garden area, cover crops serve as a strong line of defense against weeds.

7. Protect from erosion: Texas rains come down hard, and soil left bare erodes quickly. Cover crops hold the soil in place with their roots and soften rainfall with their leaves, protecting precious topsoil.

8. Act as a “living mulch:” In most cases, it’s best to choose annual species (those that complete their life cycle in a year) as cover crops. Cut down the crops when they flower but before they produce seeds.There’s no need for concern that they will compete with garden crops later. However, sometimes it makes sense to plant perennials (species that complete their life cycle over a period of two or more years). Nitrogen fixers that are short at full height, like white Dutch clover, can be planted alongside garden crops as“living mulch” that outcompetes weeds, shades soil, and continually provides nitrogen for crops.

Below is a list of cover crop varieties to help you get started. Find these crops at local nurseries, online, or in the case of some beans and peas, at the grocery store. Have you tried cover crop varieties that do well in Central Texas? Share your successes and variety recommendations with the SFC community by leaving a comment! Want to learn more? Join us for Grow Local’s Building Healthy Soil class on September 8.