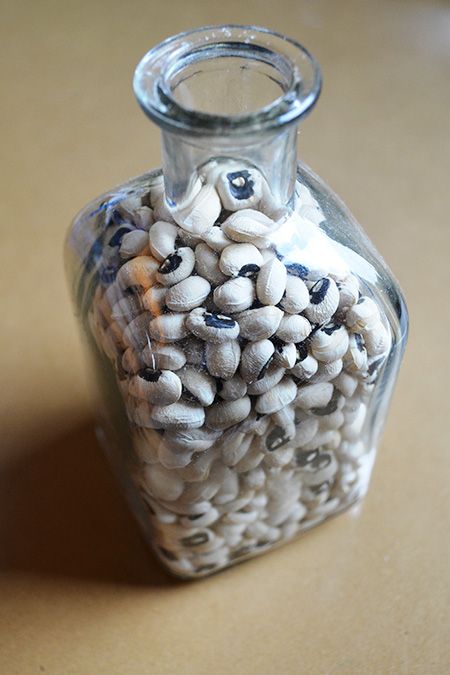 Black-Eyed Peas: The plant, not the band

The temperature is heating up outside, so it’s time to get some of our (few) summer-loving plants in the ground, including Southern peas.

Southern peas include black-eyed peas and crowder peas and are often referred to as cowpeas (by Northerners) or field peas. Named after their distinct coloring, black-eyed peas (which are actually black-eyed bean) are legumes cultivated around the world to feed humans, animals, and the soil. Indigenous to North Africa, black-eyed peas are heat- and drought-tolerant. Like most beans, they are also rich in protein. Therefore, they provided (and continue to provide) a critical source of food at the end of Africa’s rainy seasons, when food can become scarce.

Black-eyed peas spread to the Americas during the Columbian Exchange, when slave traders stocked their ships with customary African foods in order to improve Africans’ survival rate across the tortuous Middle Passage. Many of these foods proved resilient in their new setting, and by the 1600s, farmers were growing black-eyed peas in Spanish Florida and in what would later become the southern United States.

By the time of the American Revolution, in the North farmers grew black-eyed peas for cattle - earning the beans the name, “cow-peas.” In the South, they were eaten by humans and became part of the region’s distinct local cuisines. In particular, Southerners ate (and continue to eat) the peas on New Year’s Day in order to bring prosperity in the coming year.

How to Plant Southern Peas