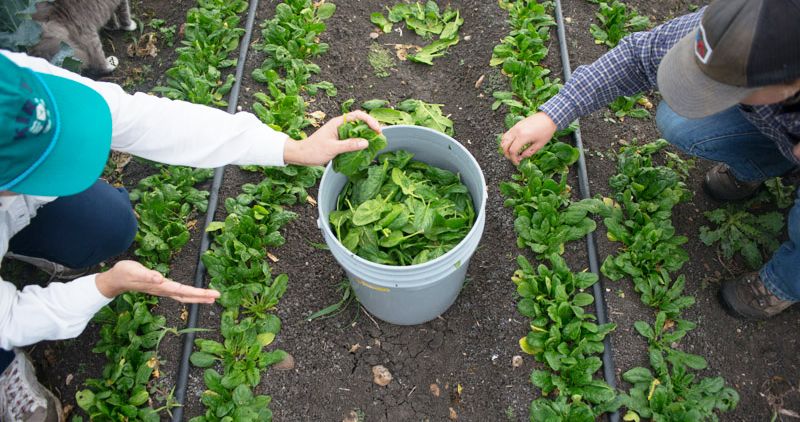 “The bounty on your dinner table and the resulting boost to the state’s economy is the direct result of the sweat and toil of the state’s migrant farmworkers” – Editorial Board, Austin American Statesman

In last week’s newsletter, we looked at two pieces of legislation that shaped our perceptions of migrant farm work in Texas, the Bracero Program and Operation Wetback, and called for a more complex local food system narrative. With the past in mind, this week we examine the current climate for Texas migrant farmworkers and gauge our progress.

Since, the end of the Bracero program, there are several key pieces of legislation that have been used to further the rights of migrant farm workers: the Immigration and Nationality Act, the Occupational Health and Safety Act and the Migrant and Seasonal Worker Protection Act. These bills provided basic legislative protections for migrant farmworkers, including fair housing, consistent employment, field sanitation standards, and providing the terms and conditions of their employment at recruitment sites and work.

There has also been significant Texas labor strikes that have brought awareness and support to improve wage and working conditions, like the Starr County farmworker strike. On Labor Day of 1966, farmworkers from the Rio Grande Valley in South Texas marched 400 miles to the Capitol, amassing over 10,000 protesters to demand fair wages. This march was credited to spark the beginning of the Chicano movement and the Civil Rights movement in Texas. 2016 marks the 50th anniversary and there will be a commemorative march on September 11th at 10:30 am at St. Edwards University.

While there has been a lot of movement on this issue, we still fall short in providing protections, fair wages, and healthy environments for migrant farmworkers. The Austin-American Statesmen recently published a four month long investigation on the substandard living and housing conditions of Texas migrant farmworkers called, Unlivable. One of the worst ironies in our food system is that the people who work the hardest to keep us healthy do not receive the same consideration.

Our state has more than “200,000 agricultural workers (455,000 counting family members), not including those who work off the books” (National Center for Farmworkers Health), and it is through their labor that we feed our families. We cannot continue our legacy of treating farmworkers as expendable and need to include fair labor practices in our efforts to build a just, sustainable food system in Texas.

If you are interested in more information, here are few agencies in Texas that support the rights and health of migrant farmworkers: