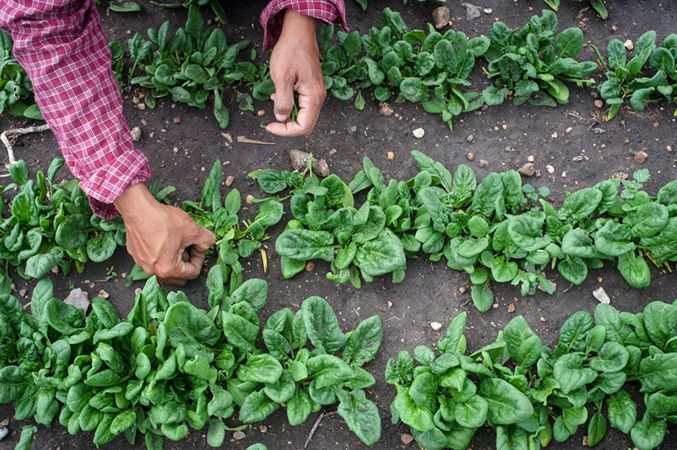 The History of Migrant Farm Workers

In a previous blog post, we talked about our commitment to Racial Justice and our ongoing internal Racial Justice trainings led by Dr. Martha Ramos-Duffer and Paula X. Rojas. Last month, we delved into what it meant to be an ally in our community and our local food system.

This experience led us to a topic that is often ignored in our local food system: migrant farm workers. This piece will provide space to challenge ourselves to think beyond the familiar sustainable food narrative (ie. market to plate to mouth) to a more complex history of agriculture in Texas and the often invisible labor that goes into providing Texans with organic produce.

This newsletter article is the first of a two part series - the primary will highlight two key pieces of legislation that has fundamentally changed the way we understand migrant farm work in Texas. *For more historical context please see the links below.

In the 1940’s, the U.S. had engaged in World War II and was experiencing a labor shortage in the agricultural sector. To resolve this issue, the United States reached an agreement with Mexico called the Bracero Program, which drew in a seasonal workforce from Mexico to supplement the diminished U.S. agricultural workforce.

While there were written legal protections for the Mexican agricultural workers in the agreement, few were put into practice. Both Mexican and U.S. agricultural workers suffered from the misuse of the Bracero Program program, and were forced to cope with with little to no pay and grueling work conditions while many land-owners ignored their workers’ rights and took advantage of them as cheap labor. The program was abolished in 1964, opening the door for farm workers like Cesar Chavez to organize and strike against unfair wage practices.

In response to U.S. service men coming home to a post-war recession, President Eisenhower implemented a program called “Operation Wetback”, a racial epithet. As the name indicates, this program was an aggressive campaign that deported roughly 2 million Mexicans and Mexican-Americans. Throughout this process, families were torn apart, human rights were violated and thousands of lives were lost. The program ended in 1954, but the idea of expendable and invisible labor workers has remained woven in our agricultural labor practices.

While this legislation uncomfortable to revisit, it is important to take a full look at the roots of how our food system has come to be. Remembering this history may pave the way to look beyond a food-to-mouth narrative and further understand the histories and experiences of all our community members and allies involved in making a just local food system.

- Tune in for next week’s newsletter, where we look at the current climate for Migrant Farm workers.

Links to learn more about the Bracero Program and Operation Wetback: