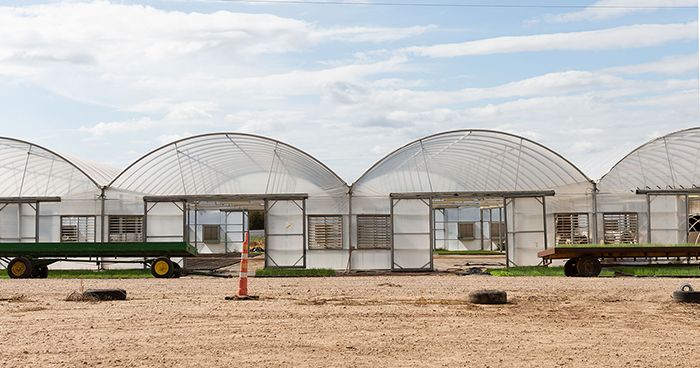 Recently, we wrote about the true cost of food. We dove into how food is priced in the US and why it varies so greatly. But why do we expect food to be so cheap and convenient? Today, we’re taking a closer look at a few major moments in US food and agriculture history that led to the rise of large-scale, conventional, convenience-focused food production.

Our country’s historical relationship with food and agriculture is long and complicated. So for the sake of time, we’ll begin our journey at the first two World Wars - both significant turning points in the way we grow, package, and consume food – and discuss how those periods helped create the food system we still have today. 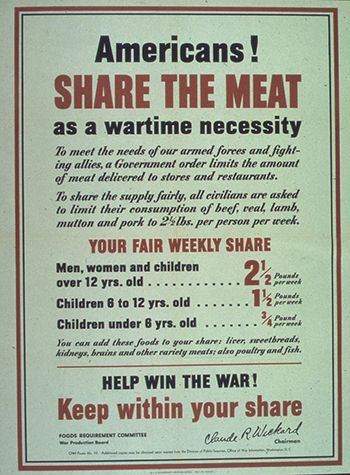 World War I was a time of food scarcity and restriction. We focused on supplying troops with convenient foods made of staples like wheat, sugar, fat, and meat. Plastic began to play a large role in food packaging, and during World War II plastic production nearly quadrupled - making it easier and less expensive to produce.

Soldiers relied on these packaged meals, and after the war, similar products became available to the public. Consumers enjoyed the convenience of these ready-made meals and from the 1950s on, convenience food products flooded the market. 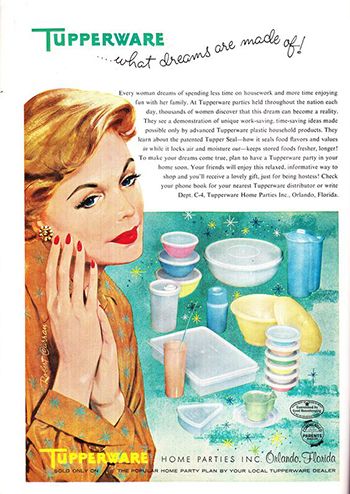 The introduction of packaged foods also led to an evolution in technology and kitchen appliances, and the development of storage such as Tupperware and plastic wrap. Microwave ovens were developed from radar technology, and economic growth gave middle-class families the means to buy large appliances like freezers. These items were marketed to free up women’s time and offset higher prices for convenience foods as they helped families save leftovers.

This cultural shift decreased the amount of time needed for food preparation, which allowed women to enter the workforce in greater numbers. Concerns about plastic pollution and regular consumption of high-calorie, processed foods had not yet come to light. 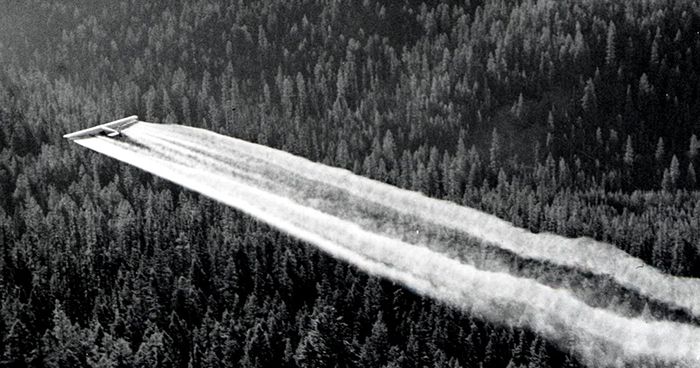 World War II not only changed how food was packaged and consumed but also how it was grown. Farmers found new uses for chemicals deployed in World War II, as nitrate factories quickly shifted from making bombs to making fertilizer.

Nitrogen fertilizer - along with phosphorus and potassium fertilizers - suddenly became cheaper and more available. Around the same time, hybrid varieties of corn, wheat, and soy were widely adopted and required large amounts of fertilizer to reach their promised high yields.

Similarly, the use of synthetic pesticides became the main form of pest management after the war. Pesticides like dichlorodiphenyltrichloroethane (DDT) had been used in the war to prevent insect-borne diseases like malaria and typhus. Now farmers discovered they were also cheap and effective for controlling crop pests.

The rise of synthetic fertilizer and pesticide use is credited with increasing crop yields, decreasing pressure on farmers to farm more land, and lowering food prices. But their risks to our environment and our health was not commonly known. In fact, DDT was seen as a low-toxicity chemical, not a probable cancer-causing agent. It was viewed as a safer option than the arsenic-based pesticides that came before it.

However, regulations began to target the use of DDT in the 1950s-1960s as concerns grew about its safety. Air and water pollution from the production and use of fertilizer and pesticides was becoming difficult to ignore. 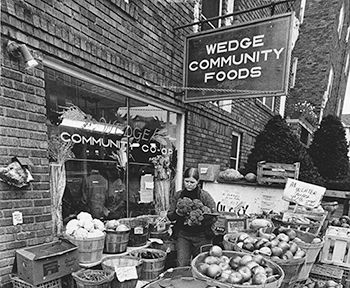 In the early ‘70s, DDT was banned - in many ways kicking off the organics movement. These back-to-the-land and environmentalist movements promoted more ecologically focused ideas around farming. In 1973, the first organic certification program was created: the California Certified Organic Farmers.

At the same time, the counter culturalists who came out of the 1960s started to push back against processed and packaged foods. People looked for different ways to source and prepare food as a part of their rejection of the mainstream.

These communities added more grains, beans, vegetables, soy products, and other vegetarian items to their diets. We can thank these individuals for many of the health foods we have readily accessible today, like whole-wheat bread, fermented yogurts, granola, organic fruits and vegetables, and brown rice. 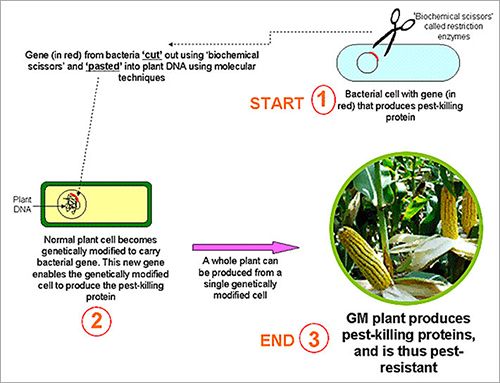 By the end of the 1970s, scientists were developing the next major technological change in agriculture: genetic engineering, or GE. In1994 the first genetically modified organism (GMO) appeared in supermarkets—a tomato with a longer shelf-life. Since then, GMO crops have grown to cover half of all US cropland, mostly commodity crops like soy, cotton, and corn. GE crops can be appealing to farmers because of the potential of lower crop loss from pests and weeds, saving time and reducing erosion by tilling less to control weeds and saving money on pesticides.

However, there are concerns about GMOs becoming so dominant in the agricultural landscape. These include decreased crop biodiversity due to monocropping (growing a single crop on the same land year after year), pesticide runoff into waterways, the appearance of “super weeds” that are resistant to herbicides, conflicting information about GMOs’ effects on human health, and lack of clear labeling requirements.

GMO’s have also raised concerns about intellectual property. Farmers are not allowed to save GE seeds and therefore must purchase patented seeds every year. Contamination of neighboring fields has resulted in legal battles between GM farmers and surrounding non-GM farms. Anticompetitive practices by the handful of companies that sell most of the world’s seeds could reduce biodiversity even more and lower farmer incomes. 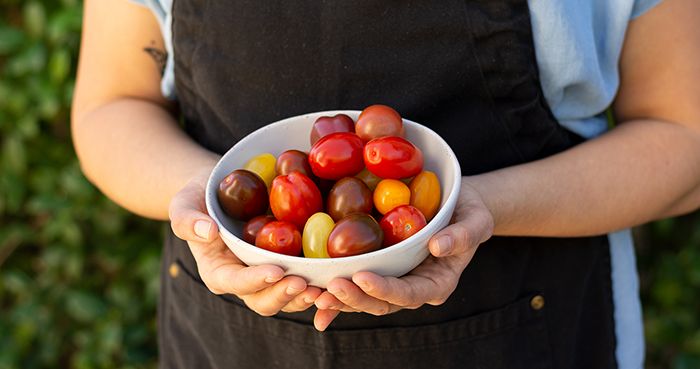 Where We Are Today

All of these moments in food history have led us to where we are today: a food system that many of us feel does not reflect our values of building a just and sustainable food system where people and the environment can thrive.

However, we see signs that this is changing:

We are in an unprecedented time as our society adjusts to the realities of COVID-19, but through this, there is even more opportunity for positive changes to our food system.

In recent weeks and months, we have seen more consumers growing and preparing their own food, from people using veggie scraps to propagate new plants in their kitchens, planting victory gardens, and experimenting with home cooking and baking.

Consumers are learning more about their food systems through questions and concerns about supply and demand. They are seeking out locally grown foods and supporting family farms, as farmers’ markets and urban farms continue to operate and keep local communities nourished. 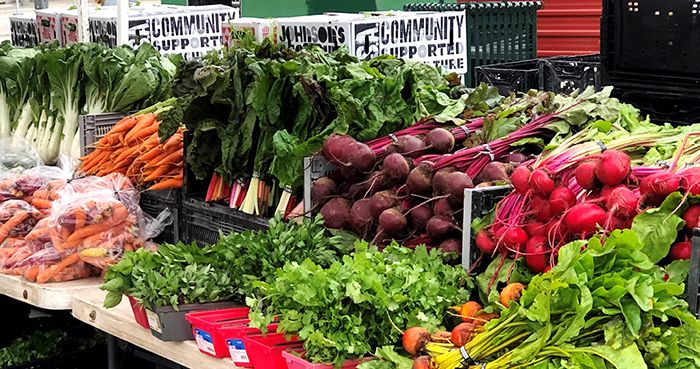 Looking Toward The Future

How can you help ensure that the next chapter in US food history is more sustainable for people and the environment? We have some tips on how you can get started:

We all have a role to play and we have the power to move toward a more just and regenerative food system. We are excited to bring our community together to shape the food system that nourishes us all.