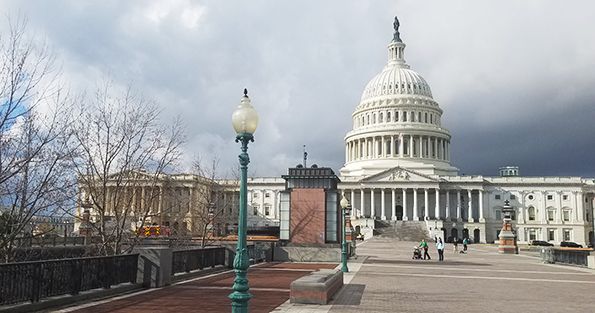 Advocating for Texas Farmers in The Farm Bill

Every five years Congress sits down to write what is colloquially referred to as “Farm Bill,” a piece of legislation that governs farm production, rural development, and many nutrition programs. The Farm Bill funds programs like the Supplemental Nutrition Assistance Program (SNAP, formerly known as ‘food stamps'), the Farmers Market Promotion Program (FMPP), the Food Insecurity Nutrition Incentive Program (FINI) as well as programs that benefit small and beginning farmers and ranchers. Congress is currently discussing the next Farm Bill and could move for passage as early as this year.

The Farm Bill got its start in 1933 as part of President Franklin Delano Roosevelt’s New Deal legislation. Its three original goals—to keep food prices fair for farmers and consumers, ensure an adequate food supply, and protect and sustain the country’s vital natural resources—responded to the economic and environmental crises of the Great Depression and the Dust Bowl. Today, those three pillars—economic fairness, nutrition, and conservation—guide the SFC’s advocacy work.

As members of the National Sustainable Agriculture Coalition (NSAC), SFC is assuming a leadership role in advocating on behalf of Texas farmers and ranchers. This January, our Deputy Director Joy Casnovsky joined food systems leaders from across the country in Washington D.C. to meet with key members of the Congressional Agriculture Committee. Because, as the old saying goes, “all politics is local” Texans will play a critical role in the shape that the next Farm Bill takes. While in Washington, Casnovsky met with the staffs of Representatives Filemon Vela (D-Harlingen) Jody Arrington (R-Lubbock), and Mike Conaway (R-Midland). Conaway, the Chairman of the committee tasked with writing the Farm Bill, represents West-Central Texas, and many of his constituents sell at Austin-area farmers markets.

By emphasizing the role that farmers markets play not only in supporting the incomes of farmers but also in offering Texans—regardless of income—a source of nourishing food, SFC is working to elevate support for these programs above the partisan fray.