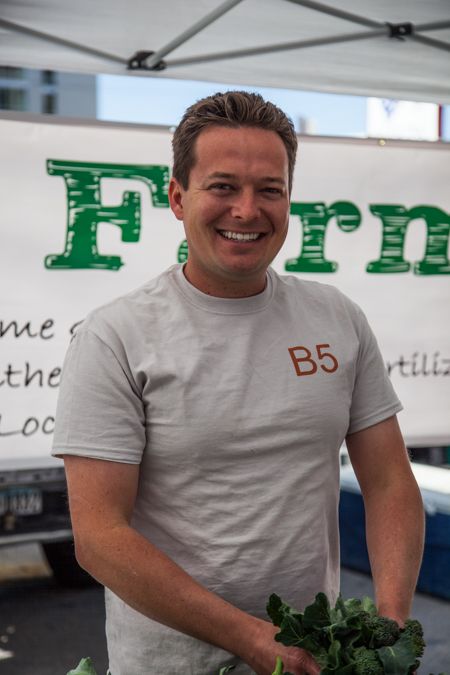 The roots that farmers have in Texas history can show up in the most surprising cases, including this story from B5 Farm’s Jamey Gage. His ancestor was the alcalde (mayor) of Gonzales, Texas, that wrote the letter back to Santa Ana’s regiment in San Antonio the town’s refusal to give up the eight-pound cannon that they had been lent by the Mexican government to the town.

The ensuing Battle of Gonzales was the first military skirmish marking the beginning of the Texas Revolution.

The cannon was loaned to the town in 1831 as a gesture of diplomacy from the Mexican government when Texians asked for support to defend themselves against frequent Comanche raids. But over the next four years, the political situation in Mexico deteriorated, and in the fall of 1835, Colonel Domingo de Ugartechea, the commander of all Mexican troops in Texas, asked for the cannon back to avoid any uprising by the Gonzales citizenry. The request was made more on principal than necessity, because the cannon was virtually useless when it was loaned to Gonzales and it had been put into practice as a noisemaker against any approaching Comanche groups.

Andrew Ponton, Jamey’s ancestor, took a poll of the citizenry (sounds like Austin, doesn’t it?) when the return of the cannon was requested, and he sent back a brusque reply by courier that they were not ready to hand it back over.

A regiment of Mexican soldiers was sent to talk with Ponton, a discourse was initiated across the flooded river with Gonzales representatives in place of Ponton, who was preparing the township for trouble. On the eve of October 2nd, 1835, a contingent of 50 Gonzales men and others from the DeWitt region crossed the river and prepared for a conflict with the Mexican soldiers. At dawn, the group hoisted up a makeshift flag produced by Sarah DeWitt from an old dress with the cannon on a white background and the words, “Come and Take It!” sewn in. They rolled out the small cannon that had been filled with loose nails and old scrap metal and they fired upon the Mexicans.

This was the shot in Texas heard round the world, and is considered to have been the start of the Texas Revolution.

The history of the Gage farm doesn’t stop there! Closer to home, Jamey’s great-great grandfather owned and operated a dairy on south First Street in Austin, just south of Oltorf. The dairy land was sold when the Boatman Dairy ancestors on Jamey’s mother’s side wanted to take advantage of expanding their land, and they bought up even more land on Riverside Drive. In the 1950’s the fate of the dairies across the country was dim, and the family sold the land before they lost everything. Before Jamey’s great-grandfather was through in the agriculture field however, he did introduce the first rolling irrigation pipe innovation to Travis County and probably used water from the Colorado River. Zilker Park definitely saw other uses.

Jamey’s family also kept up their historical farming roots a little further north in Round Rock, farming continuously for more than 100 years. His grandmother was born on a 325-acre farm that was in the family since 1867, when his Swedish ancestor on his mother’s side bought it as part of a ‘perk’ for running one of the cattle drives for the landowner.

Come see Jamey this Saturday, during Roots Month, to talk about his heirloom tomatoes (with seeds that date back to the Civil War) or his root crops of purple top turnips and his adapted Turnip Dumpling recipe!