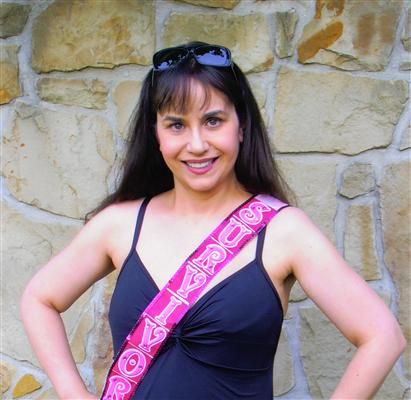 How The Happy Kitchen Changed My Life

In May 2004, my life changed forever, when I heard those words, “You have cancer”. I heard nothing after those words. I had surgery and did what the doctor’s told me to do. Over a course of 3 years I gained over 30 pounds, due to the medication. I took the last dose of that medication in December 2008 and was told the weight would fall off. It did not fall off.

In October 2010, my life was changed again, as I heard those words once again, “You have cancer”. I was told it was not a recurrence; it was a brand new one. I once again did what the doctors told me to do. Over the course of the year, I wondered what could I do differently as I did not make any changes after the first diagnosis in 2004. I have always read, lower your cancer risk with Diet, Weight and Exercise. I think I tried every diet in the world with no success.

In the Fall of 2011, I received an email regarding The Happy Kitchen at Livestrong, six classes total, and you get food to take home and practice the recipe. I signed up as what could be better. I learned over the next weeks how a plate should look like with 50 % of Fruits & Vegetables, 25% Grains and 25% Protein. I learned what to buy organic, how to choose meats and eggs. For example, I buy not only cage free eggs; they are also from free roaming chickens. I learned that this egg is healthier for you and has less cholesterol. I used to drink 2% milk and was encouraged to change to organic 1% milk. I learned how to cook quinoa; I would have never tried had I not taken the class. I have tried black beans, brown rice and a variety of spices that I would have avoided prior to the class. I read labels when I buy groceries. I used to buy cheese loaded with preservatives and now I buy only fresh cheese and it is much better. I used to be addicted to simple carbohydrates and since learning that some grains have protein, I have been able to cut back on the carbs. I learned how much sugar is in soda and the high fructose syrup, which caused me to stop drinking one of these a day. I no longer reach for chips and dip; I will choose hummus and baked pita chips. I eat dark chocolate instead of milk chocolate, as it is better for weight control. I also learned sometimes you are put in a food situation where you have decide which is the better choice, between two foods that may not be the healthiest, I have learned to modify it to make it healthier.

The Happy Kitchen class caused me to be courageous, curious, confident and smarter when choosing foods. I have learned to change my food choices and not starve myself. I know eat 5 small meals Monday through Friday and enjoy splurges on Saturday and Sunday. I have lost 30 lbs since the fall of 2011 and contribute that to the Happy Kitchen class. I have monitored my blood work and my numbers are healthier since the better choices I have made from taking the class. I have been inspired to take Yoga classes weekly as a result of my stride towards being a healthier me. Thank you Happy Kitchen for leading me to the Trilogy (Good diet, Weight Control and Exercise).