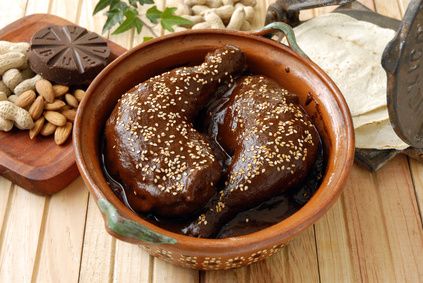 On September 16, 1810 Father Miguel Hidalgo y Costilla, a criollo born in Mexico from a strong Spanish lineage, rang the battle cry that launched Mexico's war of Independence against the Spanish colonial powers. It came to be known as “El Grito de Dolores.” While there is much debate as to what exactly he said, many agree that the battle cry included “Long live Our Lady of Guadalupe! Death to bad government! Death to the gachupines!'" or Spaniards. By then, the Virgen de Guadalupe had been introduced to the region as the symbol of hope for the poor and indigenous. The brown skinned incarnation of the Virgin Mary had many similarities to the goddess Tonantzin. Tonantzin which means “Our Sacred Mother” in Nahuatl, the Mesoamerican language of Central Mexico, had been venerated by indigenous communities for hundreds of years as a symbol of fertility and the earth. In addition to her brown skin, the Virgen de Guadalupe had also appeared in the hill of Tepeyac, a holy place traditionally linked to goddess Tonantzin.

While the Virgen had a strong following in Mexico, with this act, Father Miguel Hidalgo y Costilla, succeeded in launching her beyond the religious pantheon to which she belonged and transfixed her as the mother of Mexico, a position that she has continued to hold to the present. So too throughout Latin America many other incarnations of a brown-skinned version of the Virgin Mary appeared. These virgins exemplified syncretic practices that melded, at times brutally, the traditions of the Spanish colonial powers and indigenous communities.

Syncretism goes beyond religion and seeps into every aspect of culture. In Mexico, traditional foods such as tamales, nopales and huitlacoche, remain an important part of the Mexican diet. All can be linked back to pre-Columbian times.

So, on this diez y seis de septiembre, let us celebrate Mexico’s independence by enjoying what has become Mexico’s national dish, mole poblano. The word mole is derived from the Nahuatl word “milli” which means sauce or concoction. It has long been believed to have its roots in pre-Columbian times. It is traditionally pared with corn tortillas and turkey (guajolote), an indigenous species to the Americas. Click here to make your very own mole poblano de gujolote!