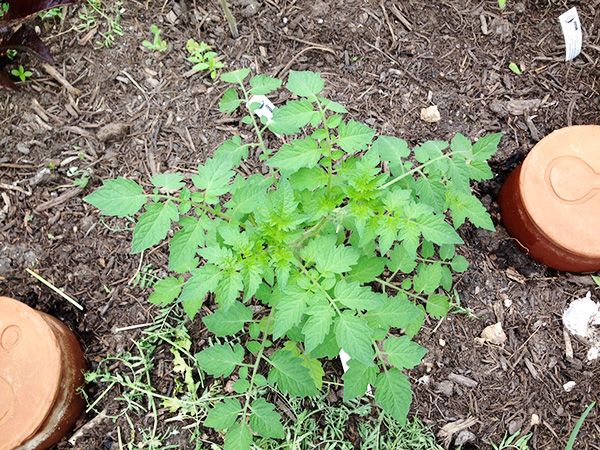 Increasingly, food growers around the world are recognizing that modern agricultural systems are unsustainable. Practices such as monocultures and excessive tilling degrade the soil and encourage pests and diseases. The artificial fertilizers and pesticides that farmers use to address these problems pollute the soil and water and harm the many organisms upon which successful agriculture depends, from pollinating bees and butterflies to the farm workers who plant, tend and harvest our crops. As the soil deteriorates, it is able to hold less water, causing farmers to strain already depleted water reservoirs.

In the search for alternative, sustainable food growing practices, gardeners are turning to traditional farming methods used prior to the advent of plows, artificial chemicals and mechanized irrigation systems. The founders of permaculture, for example, developed their set of agricultural principles by studying “premodern” food systems around the world. In turn, they developed an agricultural method that promotes indigenous agricultural practices.

Indigenous farming is not just farming practiced by indigenous people. It is the product of indigenous cultures that are deeply connected to particular places. In the words of one indigenous farmer, Vena A-dae Romero, “indigenous people are as much part of the land as the land is part of us. We cultivate the land while the land cultivates us. This relationship that has supported my people since time immemorial is remembered daily when we place our fingers in the dirt, pull the weeds from our fields, or plant our seeds with water, prayer, and hope, cook the food which we grow, and ingest the world with each bite of food we eat.”

This connection between culture and land shaped and continues to shape indigenous agriculture by creating food growing practices that are adapted to specific, local environments and that work with as opposed to against natural processes. Traditional Native American farming practices exemplify this relationship. Throughout North America indigenous peoples grew the Three Sisters. A sophisticated practice of companion planting that is at least 3,000 years old, the Three Sisters combines corn, beans and squash to create a polyculture that feeds and protects the soil and controls pests. In wet regions, farmers grew the Three Sisters on elevated mounds to improve drainage, while in arid West, they planted in depressed, bordered gardens to capture the rain.

Throughout the Americas, indigenous farmers combined and continue to combine intercropping and agroforestry to produce high yields of crops on small spaces. For example, in the continents’ mountainous regions, farmers cultivate cafetales. These are shady, multistory systems with tall fruit trees forming the upper layer, coffee trees at the intermediate layer, and smaller food plants and vines such as chiles, chives, and chayotes near the ground. The trees protect the plants below from high winds and cold temperatures, and their fallen leaves provide a natural mulch that inhibits weed growth, adds fertility, and retains soil humidity.

Along the Pacific Coast of South America, indigenous farmers used a range of sophisticated hydraulic systems to turn a geographically and climatically extreme region into a productive landscape. In the mountains, they built thousands of acres of terraces that reduced erosion, and on the plateaus, they dug sunken gardens (qochas) that reduced runoff. In the flood-prone lowlands, they built thousands of raised platforms to improve drainage and constructed embankments to protect their fields and canals from flash floods. In the drier coastland valleys, they built sunken fields (hoyas) to capture rainwater.

By and large, these practices were sustainable and endured for thousands of years until interrupted by colonial conquests and settlement. While indigenous American crops were introduced in colonies and around the world, the production methods of indigenous farmers were for the most part shunned by western and settler societies for over 500 years. Faced with environmental crises caused by modern food systems, food growers are now embracing these place-specific practices.

At the same time, indigenous peoples are interjecting their voices into the food security movement. In particular, they have developed a concept of food sovereignty, defined as “the right of peoples to healthy and culturally appropriate food produced through ecologically sound and sustainable methods, and their right to define their own food and agriculture systems.” The food sovereignty movement has four key principles. One, the right to healthy food is a divine right that can only be achieved when humans nurture healthy, interdependent relationship with the land, plants and animals that provide us with food. Two, to achieve food sovereignty, individuals, families and communities must be able to participate in food systems. Three, to achieve food sovereignty, communities must enjoy self-determination, meaning they must be able to produce their own food. Four, we must change unsustainable farming practices as well as policies that prevent individuals and communities from enjoying self-determination and participating in food systems.

While the food sovereignty movement seeks to address issues specific to indigenous communities, we here at SFC believe that both the movement as well as the indigenous food growing knowledge that it promotes are crucial to creating sustainable food systems. Central to the concept of food sovereignty is a sense of stewardship for the earth and its resources as well as a celebration of the relationship between communities and place. When we try to create a sustainable food system by promoting food growing stewards and by teaching regionally-specific food gardening classes, we are following the lead of food sovereignty advocates. When we teach companion planting, composting, rain gardening and other sustainable gardening techniques, we are sharing knowledge developed by indigenous food growers over thousands of years. On this Indigenous People’s Day, we would like to acknowledge our debt to indigenous farmers and give thanks for the food growing practices and ecological wisdom that they have given us.