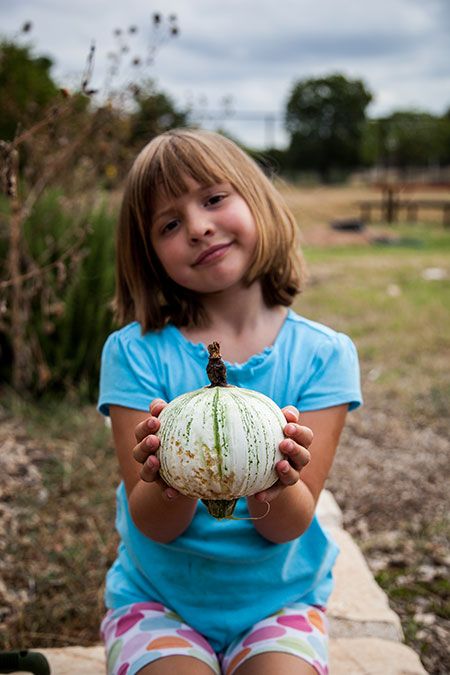 Thanksgiving is just a week away, and many of us are feeling excited and nostalgic about family food traditions. I’m looking forward to baking rum-pecan pies with my dad, tasting my mom’s perfectly cooked green beans with crushed red pepper, and enjoying her incredible meat dressing, which includes spices, olives and raisins, just like her mom’s did.

With my mind on cooking traditions, the gardener in me thought it would be an ideal time to explore another type of food tradition: heirloom vegetable varieties. The term “heirloom” describes a crop variety that has been passed down for several generations via saved seeds. Heirlooms are always open-pollinated, which means that, unlike hybrid varieties, they stay true to type from one generation to the next (seeds saved from hybrid varieties produce offspring with different qualities from the parent plant). For some, heirloom seeds are prized family possessions, carried over via immigration from distant homelands, or developed locally over generations and are perfectly adapted to particular climates.

What if we combined Thanksgiving cooking traditions and the tradition of growing heirloom vegetable varieties--as many of our ancestors undoubtedly did--and imagined a Thanksgiving meal grown from heirloom vegetable varieties? I’ve selected some traditional Thanksgiving vegetables, and to make it a practical gardener’s exercise, I chose heirlooms that thrive in our Central Texas region. I included planting and harvesting times and incorporated links to organizations and businesses that work to preserve heirloom varieties and make them broadly available.

I plan to try my hand at cultivating some home-grown, heirloom ingredients to incorporate into my family’s Thanksgiving meal next year. I challenge you to do the same!

Plant mid-April to late June. Harvest mid-July to late October, or before the first frost. The heirloom varieties below are sold as slips (small shoots) by Southern Exposure Seed Exchange, which defines heirlooms as “varieties that were developed before 1940 and are open-pollinated.”

Plant mid-March to mid-June and late July to early August. Harvest late May to mid-November or before the first frost. The heirloom varieties below are collected and sold by Native Seeds/SEARCH, which focuses on achieving sustainable food security through the conservation and sharing of seeds. They focus on seeds adapted to Southwest region of the United States and northern Mexico.

Just kidding! No homegrown, heirloom cranberry sauce for Central Texans. We are not able to grow cranberries, which require acidic peat soil and abundant fresh water for success, in the Central Texas region.

Plant early March to late April and early June to mid-August. Harvest May to November. These heirloom varieties are collected and sold by Baker Creek Heirloom Seeds, a company dedicated to the preservation of heirloom varieties from around the world.

Plant mid-January to late February and early September to early November. Harvest March through May and October through February. This variety is also available through Seed Savers Exchange.

Plant mid-March to early May and mid-August to early September. Harvest May through Nov. Seed Savers Exchange, a nonprofit organization dedicated to saving and sharing heirloom seeds, sells these varieties.