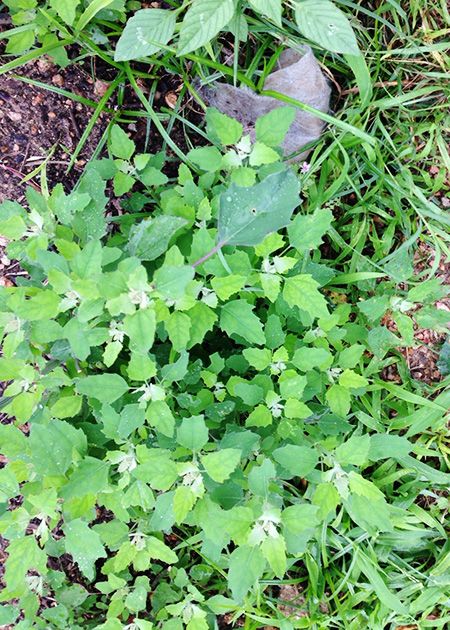 The Weed that Wasn’t: Lambsquarters

All of the rain this early summer season has provided a perfect environment for garden weeds to grow out of control. But before you clear cut your vegetable garden of any intruders, be sure you’re not uprooting lambsquarters – a seemingly weedy plant that is actually packed full of nutrients and quite edible.

A relative of the health-craze grain quinoa, lambsquarters (Chenopodium album) is often forgotten about because it pops up on its own and lambsquarters seeds are rarely available for purchase. However, this plant is more nutrient-dense than spinach with a large amount of protein, calcium, phosphorus, iron, vitamin C, and vitamin A from the soil and its impressive taproot sucking out even more soil minerals. The plant was once revered as food for humans and fodder for animals in America, but is now limited to widespread consumption in Northern India and other small pockets of Asia. It is extremely fast-growing and can take over a plot of land quickly, which is why it has been regarded as a weed, especially by conventional farmers who can suffer huge losses in corn, soybean, sugar beet, or potato fields that are overcome by the plant.

How to Plant Lambsquarters