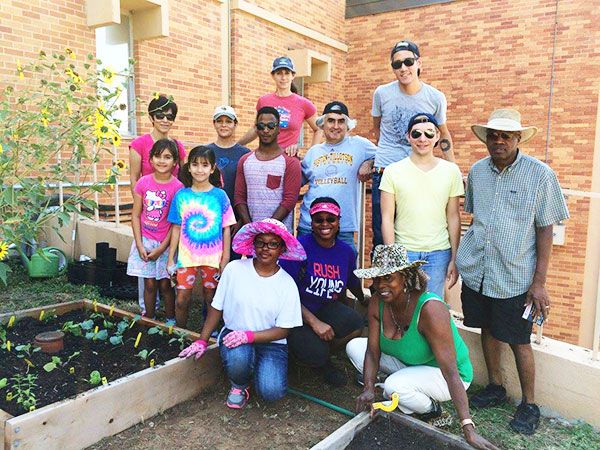 The Right to Healthy Food

Though the civil rights movement is best known for dismantling legal segregation, it had a close relationship with food, for civil rights activists believed that access to healthy food was a human necessity and right. In a 1964 speech, MLK said, “I have the audacity to believe that peoples everywhere can have three meals a day for their bodies, education and culture for their minds, and dignity, equality and freedom for their spirits.” In 1968, civil rights activist, Fannie Lou Hamer, started a “Pig Bank” to help people in her community improve their diets. Hamer bought 35 gilts (females) and five boars (males). The pregnant gilts were loaned to families who kept the piglets then returned the mama pig to the bank. Some three hundred families benefited from this program. The following year, Hamer established the Freedom Farm, a cooperative that provided food and some economic independence to residents of Montgomery County, Mississippi. Meanwhile, in Oakland, the Black Panthers set up a free breakfast program for youth so that black children did not have to go to school hungry, and in California, the National Farmworkers Association united migrant farm workers into a movement demanding higher wages so that the people who grew American’s food could buy food for themselves.

As civil rights activists did the practical work of farming and cooking, they connected the dots between the various challenges that African American communities faces, drawing relationships between racism, economic inequity and food access. Because they were members of the communities they worked to help, and because they recognized the power in numbers, they were also committed to and adept at grassroots organizing and community empowerment. When legal segregation ended, the civil rights movement drew to a close, but not before it passed its legacy on to a new generation of food justice activists. Led by food growers, cooks, organizers and activists of color, the food justice movement seeks to create a world in which all communities can produce, share and consume healthy food, regardless of race, class, gender, citizenship, ability or religion. Rooted in the civil rights movements, food justice activists always connect food access to a larger social context that includes racism and economic inequity. They are also committed to grassroots organizing that is led by and empowers communities of color.

Notable food justice projects include the Freedom Food Alliance (http://freedomfoodalliance.org/), a collective of farmers, political prisoners, and organizers in upstate New York who are using food justice to address racism in the criminal justice system. Started in 2009 by black farmer and prison abolitionist, Jalal Sabur, the Alliance manages the Victory Bus Project, a program that reunites incarcerated people with their loved ones while increasing access to fresh food. The New York State Department of Corrections once operated free buses for visitors to all its 54 facilities, but it shut the program down in 2011 for budgetary reasons, leaving many of its 2,120 monthly passengers with no way to see their family members. The Victory Bus Project purchases produce and eggs from local farmers and puts together large food packages, which families of prisoners can purchase for $50 using SNAP/EBT (formerly known as food stamps). Once they purchase the food, families get a free round trip to visit their loved ones at correctional facilities in upstate New York.

The Freedom Food Alliance also manages the Soul Fire Farm, a sustainable farm near Albany, New York that supports the Victory Bus Project with produce. The farm also hosts teens involved in Project Growth, Albany County’s new restorative justice program. Teenagers convicted of theft and property damage may choose to substitute incarceration with farm work, giving them an opportunity to earn restitution money while gaining food growing skills. Because people of color are disproportionately targeted by police, most of the teens who come to Soul Fire Farm are black and Latino. As they work, they are encouraged to consider the relationship between racism and access to healthy food and to imagine how they could create a food just world.

As Grow Local works to increase food access by hosting gardening classes and supporting school and community gardens, we are inspired by such work. In honor of this Martin Luther King Day, we would like to celebrate and thank the food justice organizers and activists who have taken up the torch of the civil rights movement, honoring and developing the movement’s vision of a just world and using grassroots organizing and community empowerment to create social change.