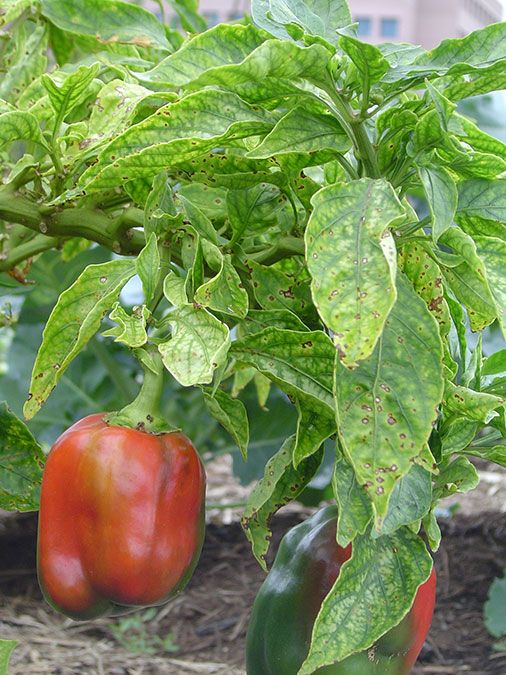 Since last Monday was President’s Day, our Grow Local team wants to share some of the famous presidential food gardens throughout history. From the establishment of Thomas Jefferson’s Monticello vegetable gardens, to First Lady Michelle Obama’s efforts in the White House vegetable garden, presidential families throughout our nation’s history have had a passion for growing their own food!

Our first president, George Washington, owned a plantation called Mount Vernon near Alexandria in Virginia. Washington oversaw all of the landscaping aspects of the plantation, and included gardens lush with flowers, native plants, and fresh fruits and vegetables into his designs. The Kitchen Garden provided his dinner table with fresh food and from 1760 to today, the Kitchen Garden has been cultivated continuously for the production of vegetables. Washington also planted sprawling fruit tree orchards, which featured apples, pears, cherries, peaches, and apricots.

Thomas Jefferson, the third president of the United States, owned the Monticello plantation in Virginia. While the property was primarily used for the cultivation of tobacco, wheat, and other cash crops, Jefferson dabbled in vegetable gardening and experimented planting different varieties of vegetables from around the world. He kept a Garden Book with all of his findings and horticultural follies, and was known to grow imported squashes and broccoli from Italy, beans and salsify collected by the Lewis and Clark expedition, figs from France, and peppers from Mexico. However, it was the English pea that claimed the title of his favorite vegetable.

The Rose Garden was created in 1913 by Woodrow Wilson’s wife, Ellen Wilson, on the same site that First Lady Edith Roosevelt had previously established. In 1961, during John F. Kennedy’s administration, the garden was redesigned and now incorporates flower beds and flowering trees. However, if you look closely at the garden in the fall and early winter, you will see flowering, colorful kale throughout the garden.

While we usually associate Lady Bird Johnson with her passion for wildflowers and native plants, if you were to visit the Wildflower Center in southwest Austin, you will find a series of demonstration gardens known as Mr. Cason’s Vegetable Garden that produce fresh vegetables, fruits, herbs, and the all-important compost. This garden was the setting of a PBS television show called “The Victory Garden” – a term used to describe edible gardens that were planted during World War I and World War II to reduce pressure on the food supply, empower gardeners to help out their country, and boost morale.

Current First Lady Michelle Obama is passionate about healthy eating and a nutritious diet, and she oversaw the creation of a vegetable garden on the South Lawn of the White House that includes over 55 varieties of vegetables. The White House has had multiple vegetable gardens since 1800 but Mrs. Obama’s garden is the largest to date. The produce is used for Obama family meals, but a portion of the harvest is also donated to local soup kitchens and the Food Bank Organization.

*A Note on Presidential Plantations and Slavery*

Since February is Black History Month, it is imperative not to ignore that while our Founding Fathers and Presidential Families have strong ties to agriculture, the majority of the cultivation and farm work on the early plantations, such as Monticello and Mount Vernon, was done by slaves. Slave workers taken from Africa brought with them black-eyed peas, peanuts, okra, various greens, and complex rice-growing technology that made rice a profitable cash crop in the United States. This transfer of rich food culture and agricultural knowledge must be acknowledged as a large part of the success of early agricultural production in the United States.