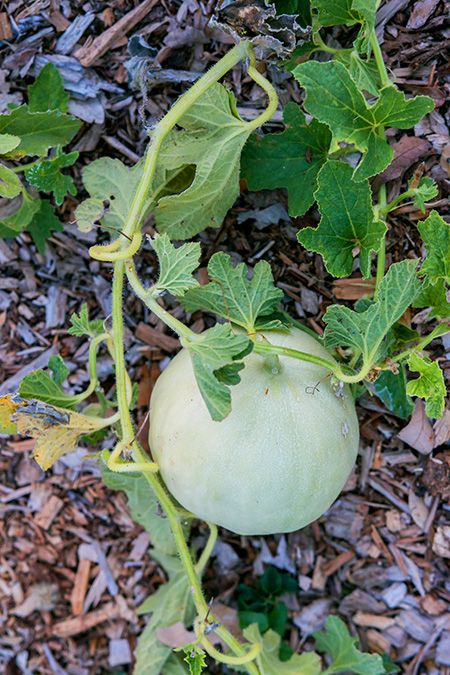 Many of us may not be familiar with the term “muskmelon” even though you’ve probably eaten quite a few. Muskmelon is the species of melon that includes several popular varieties such as cantaloupe, honeydew, crenshaw, and casaba. The species is characterized by its smooth but thick skin and sweet “musk” when it’s ripe. Grow Local likes researching all of the veggies and fruits that you can plant each month, and this time it’s no different! Read on to learn about the history of muskmelons, how to plant muskmelons in your spring garden, and more interesting muskmelon facts that you may not have been aware of.

Muskmelons are native to Iran, Anatolia, Armenia and adjacent regions as well as the northwest provinces of India and Afghanistan. The oldest record of muskmelons appears to be an Egyptian painting dating back to 2400 B.C. By 300 B.C. there is historical record of the Greek growing muskmelons and cultivation continued to spread westward from there. It wasn’t until the late 15th century that muskmelons finally hit North American soil with the help of Christopher Columbus.

By the 16th century the muskmelon has spread all over North America and varied tremendously in shape, size, color, and flavor. The perfectly uniform varieties that you see today in grocery stores are the result of years of selective breeding by only the most desirable traits. If you’ve ever grown a type of muskmelon before you know that its quality can vary greatly from year to year. Why is this? This is simply because muskmelons are very picky about their environment. If it’s too hot or nitrate rich they’ll only sprout male flowers and never produce fruit, if it’s too wet they’ll likely catch disease, and so on. Basically, if your melons aren’t turning out exactly as you like, it’s likely due to an environmental condition since it is very rare that this species will cross with other plants such as watermelons, pumpkins, or cucumber. This makes it so important to follow the planting tips below in order to give your harvest the best shot at success.

How to Plant Muskmelons

· Plant muskmelons in full-sun, well-draining, even sandy soil. Not only does standing water tend to breed disease but it can also dilute the sugars in the fruit and dull the flavor.

· Make sure that all chance of frost has past and the soil is 60 degrees Fahrenheit.

· Muskmelons are sprawling vines and need to be planted 18-24 inches apart and have rows at least 5 feet apart.

· It is recommended that the area be mulched in order to create a consistently moist environment but also raised environment to protect the fruit from too much moisture.

· For transplants, make sure to not disturb the roots as they are particularly sensitive. We recommend planting muskmelon varieties from seed.

· Muskmelons let you know when they’re ready to be harvested. When the fruit is perfectly ripe it will naturally snip itself from the vine. If you’ve ever seen a cantaloupe with a stub at the stem that means it was probably harvested too early and may not be as sweet.

· Don’t forget that most muskmelons are also great sources of vitamin C and vitamin A.

· In other parts of the world such as Japan, luxury melons are grown inside constricting boxes or molds to give them unique shapes such as hearts or squares.

· Today nearly all of the cantaloupes in the US are grown in California’s Imperial Valley.