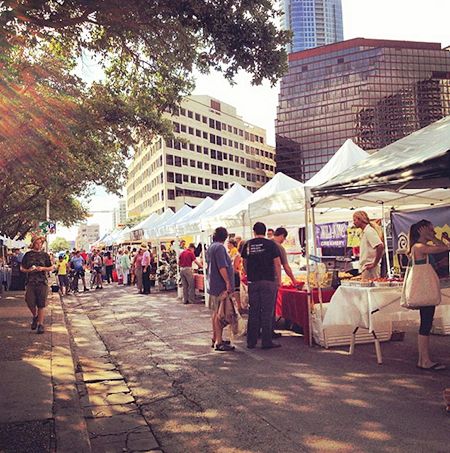 SFC Farm Direct: Looking Ahead at 2016

Though just a few days in, 2016 is already proving to be a year of exciting awareness and growth throughout the world. The current calendar year has been designated the Year of Pulses by the United Nations Food and Agriculture Organization. Additionally, the Vatican has assigned 2016 to be a Holy Year of Mercy alongside the Hebrew year 5776, a Jubilee Year. While Jubilee can take on many different understandings SFC finds resonation in the interpretation of awareness and growth. According to the Chinese Zodiac, February 2016 starts the year of the Monkey, while Pantone® announced the official 2016 colors – Rose Quartz and Serenity. As we find ourselves in the midst of a Presidential Election Year for the US, monkeys and a need for mercy and serenity may be politically prominent. If you’ve read this far, you may be thinking that 2016 will be a year of obscure knowledge and trivia for SFC’s Farm Direct team. Yet as we discover more about these yearly themes, we find that they yield sound comparison to the work that we have planned.

The UN FAO chose pulses as the 2016 theme because of their prevalence as common food crops around the world – lentils, garbanzos, and other dried beans are among them. These leguminous crops have nitrogen-fixing properties, which reminds us of the efforts of our local family farmers who use methods like cover cropping with legumes to build their soil, resulting in healthier food for our families. In this case, 2016 could be considered the Year of the Farmer for SFC’s Farm Direct program, as we work to further strengthen the SFC Farmers’ Markets and build on other marketing programs such as Farm to Work, Farm to Cafeteria, Farm to Family, and the Buy Fresh Buy Local campaign. In addition to these proven sales strategies, SFC looks forward to working with partners and collaborators to advocate for farmers, addressing threats to local agriculture and creating beneficial opportunities for family farmers.

SFC counts its Farm Direct – Food Access programs, such as the Double Dollar initiative, among such positive opportunities. Beyond bringing new customers to our farmers, these efforts embody the Vatican’s concept behind the Jubilee of Mercy – a touch of tenderness and a strength that gives life – by ensuring that all families in our communities can afford nutritious, flavorful, and safe food at SFC markets. And as we apply themes from the Hebrew year to Food Access, we are building awareness of healthy food access in our community and growing this work by supporting other farmers’ markets and farm stands in participating in the SFC Double Dollar program.

The Chinese zodiac sign of the Monkey represents wit and inventiveness. One of SFC’s core values is Resourcefulness, the ability to “deal skillfully and promptly with situations.” Farm Direct espouses this value, as we find new ways to utilize existing resources to address changing situations. Our Farm to Family neighborhood farm markets, in partnership with Farmshare Austin and others is a great example, as we combine Farm to Work processes with Double Dollar tools and Farmers’ Market experience to broaden food access for families at schools and community sites. The Monkey symbol can also be associated with Fun, another of SFC’s core values, and one expressed in all the work that we do.

Color is ever-present in the work that we do at SFC, whether it’s promotional materials or vibrant produce at market. Rose Quartz and Serenity have been assigned to 2016 by internationally known color authority, Pantone®. According to the Pantone® website, “Rose Quartz and Serenity demonstrate an inherent balance between a warmer embracing rose tone and the cooler tranquil blue, reflecting connection and wellness as well as a soothing sense of order and peace.” My reaction to this is, “Absolutely!” SFC’s community health and food access mission brings us all closer to connecting and wellness through food while promoting a peaceful balance among the otherwise contrasting cultural, environmental, and economic elements of our food system.

As we approach this Presidential Election year, we find relevance in Michael Pollan’s 2006 essay reminding us to Vote with Your Fork. Since that time, the candidates and many of the issues have changed on the political front. But, in the home kitchen, around the dining room table, in the school lunchroom, and everywhere else we eat, we can still express our ecological and economic and cultural values in the food choices we make.

As we move forward into the New Year, SFC’s Farm Direct program asks you to vote – early and often, of course – in favor of a food secure community where all children and adults can grow, share, and prepare healthy local food.