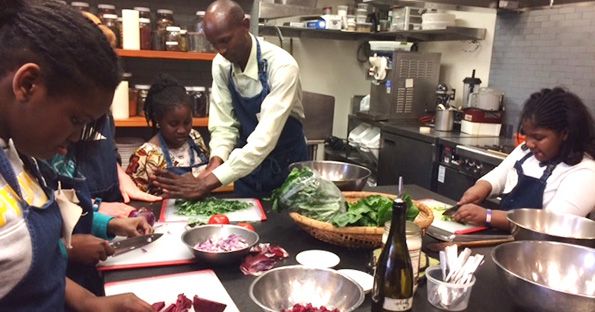 This week, SFC Farmers' Market Coordinator, Jessie Barber, shares a bit of his story and introduces us to Chef Njathi Kabui, renowned scholar and chef.

Wandering around the mountain city of San Cristobal de las Casas in Chiapas, Mexico without much of a plan, no tent, no sleeping bag, no coat, and nowhere warm to sleep, I stumbled across a four-day international conference on Indigenous Rights Movements. At the Universidad de la Tierra they fed me the best meals I had eaten in at least a month and someone gifted me a traditional wool poncho made by the indigenous women of the area to keep me warm.

As someone that studied international human rights abuses and the impacts of globalization in school, I was not surprised to hear the stories the speakers were sharing from around the world in a dozen languages, but being in the room to hear about their struggles first-hand changed the texture of my knowledge. To hear their stories recounted back to back and see the striking similarities amongst all of them, started to build connections in my body that had not been previously established when it was only in my mind.

I was hit hardest by the importance of food and cultural foodways, specifically food sovereignty, in each of their struggles. The removal of cultural foodways as a form of genocide has been a linchpin in the oppression of many peoples, and each group’s food resurgence work is a foundational means of fighting these systems of oppression. We are physical beings after all, and if we cannot feed our bodies we cannot fight for justice for our loved ones.

This experience forever changed the course of my life and I dedicated myself to food justice and regenerative agricultural practices; which consider not just the economic cost, but also the human, and environmental costs of food systems.

This month we are blessed with the opportunity to hear from Chef Njathi Kabui from Kenya about how these same systems have impacted his family and his communities, how food can be a means of combating oppression, and a vehicle to building wealth and community. His family’s involvement in Kenya’s liberation was centered around food; his mother being a farmer in the village and his father a chef in Nairobi. His father’s restaurant was an organizing hub against British colonization and global white supremacy, and at one point his father was captured, tortured, and his restaurant seized for their involvement. Later, Chef Kabui moved to the United States where he studied Political Science, Anthropology, and Culinary Arts. He now resides on an organic farm in North Carolina and stays involved in agriculture and various issues in Kenya. He has come to Austin to participate in the KLRU Blackademics and has agreed to visit with us to lead a discussion and cooking demonstration at our SFC Farmers’ Market Downtown from 11am-1pm on Saturday, February 17th.

At the talk, he will be touching on the vast influence we as humans have on this planet and how systemic oppression, climate change, community, and the regeneration of foodways are related, as well as what steps we can take to participate in moving away from exploitative systems and towards regeneration. You can RSVP and learn more about Chef Kabui on our SFC Farmers' Market Facebook page. 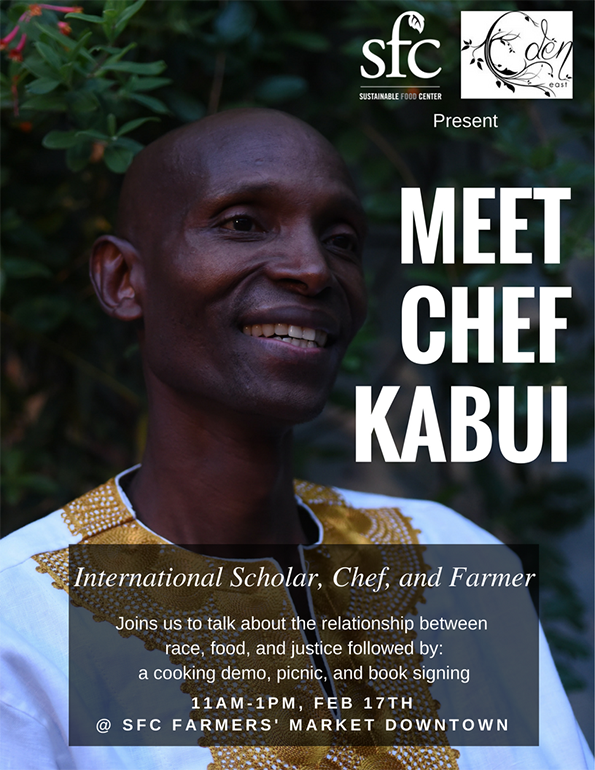