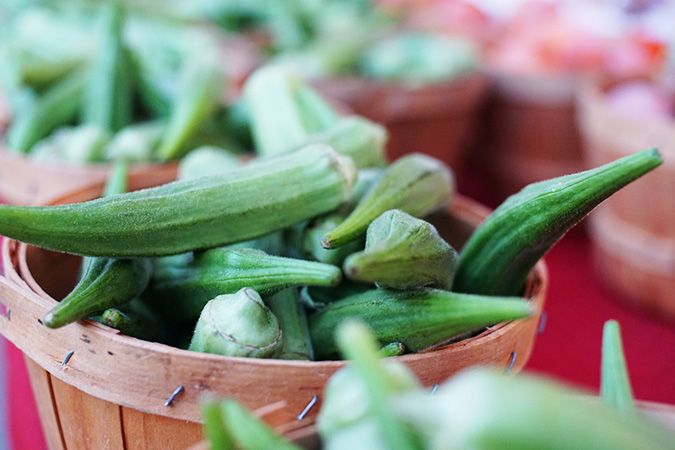 Central Texas has been an amalgam of different cultures for hundreds of years, each bringing their signature foods. The SFC Farmers’ Markets are a reflection of those blended food cultures.

Before Europeans settled in Texas, indigenous communities like the Coahuiltecan, Caddos, Jumanos, Karankawas, and Tonkawa called this area home. Regional foods that made up their diets included quail, deer, turkey, sotol (a plant in the agave family used to make energy-dense patties) and amaranth. To this day, turkey plays an important part in American culture, as the Thanksgiving holiday literally centers around it. Turkeys are available from SFC Farmers’ Market vendors, too (get your order in early!).

Czech families brought dumplings, lamb, and kolaches. Germans brought sausage, sauerkraut, and pumpernickel bread. Okra and watermelon were brought over from West Africa, which grow so well in Central Texas, it’s hard to believe they aren’t originally from here.

Dishes evolved into what we think of today as Tex-Mex over the course of the 16th-20th centuries. Ingredients such as pork, cheese and garlic became incorporated into foods with native corn, beans and herbs. Tamales from Tamale Addiction perfectly demonstrate the blending of this culture with their Tomatillo (the original tomato) Pork, and Bean, Epazote and (herb) Goat cheese tamales.

Next time you shop at the markets, we invite you think of the cultural origins of the food on display. Whether we are eating pastries, lamb, or tacos, we are participating in an exchange of culture and building community, and for us, that’s what it’s all about.