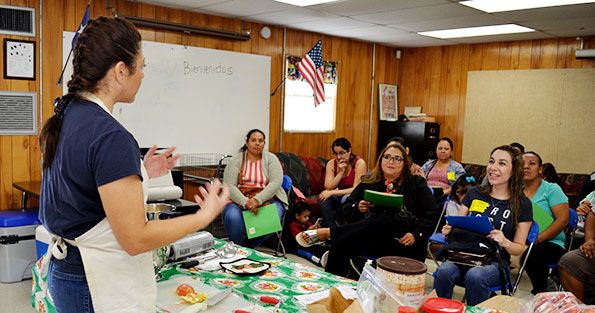 Food Frontiers is a film released last year that features community efforts that help people access healthy food. The film is inspired by the fact that one in seven U.S. households doesn’t always know where their next meal will come from. We were honored to have our The Happy Kitchen/La Cocina Alegre® program included. Check out the whole film for free at the link above, or skip to minute 15:40 to start with The Happy Kitchen!

Here at SFC, we acknowledge that food insecurity exists in our community. We’re aware that food access also means having the skills and time to turn that food into something that a family will eat.

Food Frontiers highlights many of the ways that The Happy Kitchen supports participants who want to do just that. Our classes offer tips for healthy home cooking on a budget. Classes are led by community members who share their own stories as part of class.

Thanks to Food Frontiers for including us in their film, and thanks to our community partners who make it easier for families to get healthy, local food onto plates and into bellies!