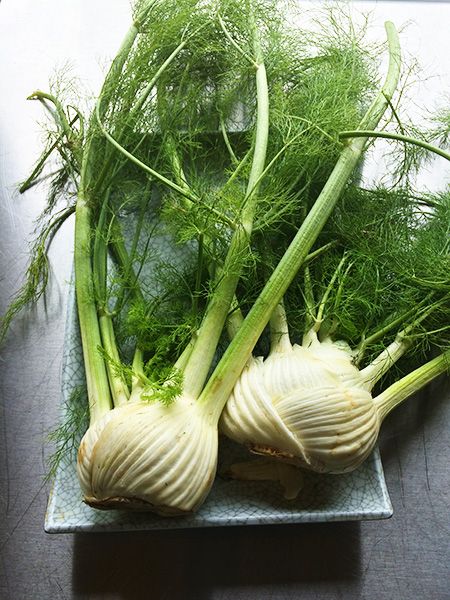 On Tuesday night, SFC’s The Happy Kitchen/La Cocina Alegre® finished the spring “202” series. The 202 series is a follow-up series for past participants in any of The Happy Kitchen’s free six-week community classes. This series features a different local, seasonal produce item each week, and we use each item two ways.

For this series, we partnered with Farmshare Austin. Each week, they would suggest a different seasonal produce item for us to feature (beets, green garlic, radicchio, etc.) and then deliver enough produce for the cooking demo and for each participant to take home.

I was a nervous when the recommendation for the fourth class was fennel. Fennel has a strong flavor, similar to anise or black licorice. I had never particularly enjoyed the taste, and I was sure that several class participants would feel the same. As I researched recipes, I tried to think of options that participants could recreate at home without the fennel. I ended up adapting a steamed fish recipe from our cookbook, and finding a vegetable and chickpea salad that had been used in a cooking demo earlier that week.

I was right to be thoughtful because when facilitators told participants that the class would feature fennel, there were a few groans, and one person actually moved back from the kitchen counter. Once the facilitators started cooking, however, everyone forgot their disappointment as they got caught up in how to make the dressing for the salad, or how to wrap the fish for stovetop cooking. Everyone was having a great time until it was time to sample the recipes and they remembered that they would have to eat fennel.

Even though participants were significantly less excited about these samples than they had been about parsley pesto or kale smoothies, they were curious to see how everything turned out and were willing to try a small bite. To everyone’s great surprise (myself included!), the recipes were delicious. The other flavors in the salad helped balance the strong taste of the fennel, and the steaming of the fennel in packets with the fish mellowed the taste even more.

Sometimes we get lucky with new produce items and experience love at first taste, but not always. This series has been an exercise in trying new things, figuring out what to do with them if you don’t like them at first, and being willing to try them again—and it has been a valuable experience for participants, facilitators, and staff alike.